Local Band Leven Release Their New Single ‘Here’s To You’

This is an official press release

The anthemic hit Here’s To You celebrates the five years of experience Leven has crafted as a band to sharpen their sound and deliver their strongest single to date.

Front man, Stan Kruger explains the new writing approach, saying “For this song we decided to write with a message in mind and not always just to please the masses. I wrote this song for my mom who has always been my rock and as a single parent sometimes went to bed hungry just so that my sister and I were fed. We want this single to resonate with people and the parents and caregivers they cherish in their lives”

Formed in 2012 and based in Witbank, the band took their name Leven from the Dutch word which means ‘to live’. The word came about after the band’s drummer heard it in a documentary and the name stuck from there. That one word perfectly summed the central message their music carried.

Leven released their debut album ‘Fighting Hearts’ as an experimental release, allowing the band to discover and define their sound while developing as a new act. The debut produced singles ‘Fighting Hearts’ and ‘Take It Back’ which achieved some success for the band.

“Listening to their debut album ‘Fighting Hearts’ gives you a bit of insight of what Stan Kruger, lead singer of the band can do with his voice. It is only when you see this band perform live, that you suddenly realise how much talent is hidden in the City of Coal. After the show Ross Learmonth, lead singer of Prime Circle said he became emotional when he heard the band perform.” – Zita Goldswain, Witbank News

Early 2014 Leven was introduced to The Hit Lab studio and recorded single ‘Starry Night’ with producers Dale Schnettler (Prime Circle – Drummer) and Howie Combrink (two-time SAMA-nominee in 2015). The single was released in mid-2014 and achieved great success for the group.

Three years later and Leven have taken the time and space to perform more, write more and finally record again.

Why the long wait? “After the first few singles we decided to take stock of where we are personally and after parting ways with a previous company, we decided to work on our sound and what exactly we want to be as a band and ‘Here’s to you’ was the baby we were scared to kick out of the nest. The break was worth it, we have a very clear mind about the future,” explains Kruger.

Here’s To You was produced by Leven and long-time musical friend, Howie Combrink at his studio The Hit Lab. Recording took place at The Hit Lab and Stained Oak Studios, with mixing done by SAMA Winner, Gerhard Grobler and mastered by Rogan Kelsey.

Leven’s brand new single Here’s To You is out now across all digital platforms: http://smarturl.it/LevenHereToYou 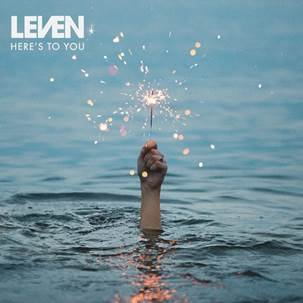