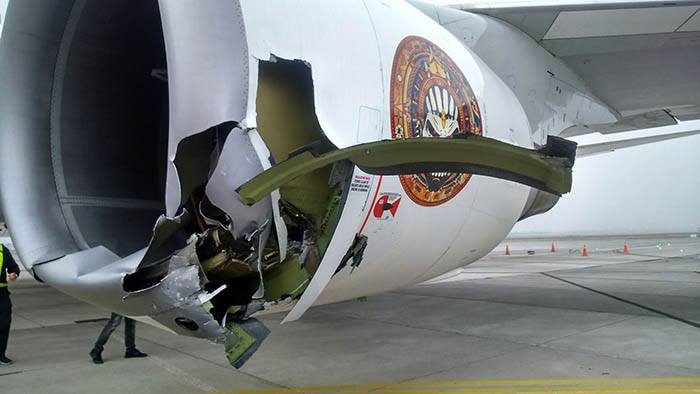 Iron Maiden’s tour Boeing 747 jet, dubbed Ed Force One, was badly damaged when the plane crashed into a tug vehicle as it was being pulled on the runway in Santiago, Chile.

Whilst the damage to the plane is extensive, and will most likely take some time to be fully repaired, the band has vowed that this does not impact the remainder of their The Book of Souls World Tour. 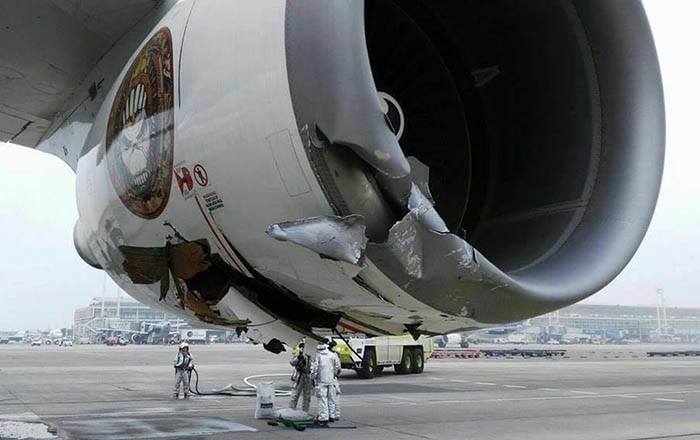 Here is the first statement released by the band:

Ed Force One was this morning tethered to a tow truck to be taken for refueling prior to flying over the Andes to Cordoba for the next show. On moving the steering pin that is part of the mechanism that connects the ground tug to the aircraft seemingly fell out. On making a turn the aircraft had no steering and collided with the ground tug badly damaging the undercarriage, two of the aircrafts engines and injuring two ground tug operators, both of whom have been taken to hospital. We hope of course that they make a full and speedy recovery and we will be closely monitoring their progress. The flight engineers are on site and evaluating the damage, but their initial report is that the engines have suffered large damage and will require an extended period of maintenance and possibly two new engines.

We are currently making contingency arrangements to get to the show in Cordoba tomorrow with band, crew and equipment intact. Fortunately the 20 tons of equipment had not been loaded onto EF1 at the time of the accident. Although this is tragic for our beautiful plane we do not expect this to affect our concert schedule including the next 2 shows in Cordoba and Buenos Aires. And we hope to find a new Ed Force One to continue this adventure with us in the near future.

This morning Iron Maiden fans who were set to see the band live, including fans here in South Africa, were put at ease with regards to the fate of the tour:

We are happy to tell our fans in Cordoba that our Killer Krew has sorted out all logistics for us to be there with our full show for you all tomorrow. We expect no disruption to the tour in any way and are looking for a replacement 747 Ed Force One while our current beauty is healed. More news on that later. Until then, believe me, we will get to you all on this tour one way or another wherever you are.

We are also delighted to say that we have been officially informed that the two Chilean airport staff who were injured following the malfunction of the tow truck connecting bolt will make a complete recovery. Best wishes to them and their families.

Up the Irons! See you soon. And thanks Chile, what an amazing reaction and show!!

Iron Maiden will be live in South Africa as scheduled on 18 and 21 May 2016. Details HERE.